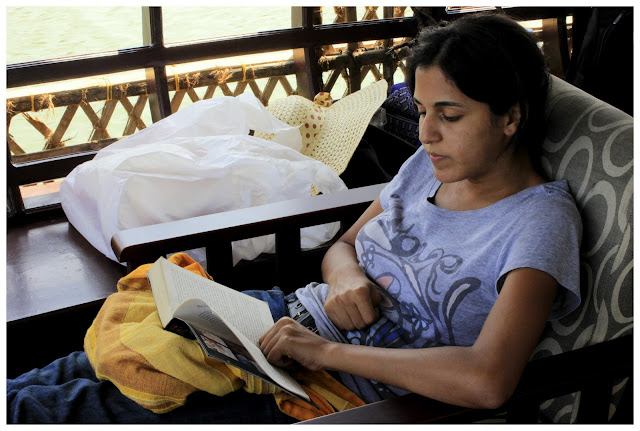 I don't know why I'm writing this. Everything that can be said has been said. Everyone who does a Facebook fast for whatever reason writes about it. Still, my experiences are my own, even if they reflect so many others' experience.

A brief recap of my relationship with Facebook- I joined about six years ago, and enjoyed it no end. Unfortunately, every time I had regular access to wifi, Facebook began to suck every free moment that was not specifically assigned to another task. It also increased my (suspected) ADD problem. I couldn't focus on anything for over a few moments. I went from being an avid book reader, to a blog reader, to a FB home page reader. Can anything be more pathetic?

Anyway, I felt strongly called to make a break with FB (at least for a while) last January. There were other reasons*, but the main reason was that I had just moved back home, and my family had gotten wifi. Also, the work that I do is largely unstructured, in that I don't have an immediate boss, or eight hour work days, or specific daily deadlines.  That led to hours suddenly passing with completely ridiculous amount of FB time. I knew there was more I wanted to do with my life. I also realized that the people I admired most were either not on Facebook at all, or very sporadic FB users. They were LIVING their lives, not posting statuses about them. And I wanted that too. So I quit.

It was a breath of fresh air. My day opened up. Since I didn't have a default time waster, there were so many more possibilities.

Still, on the whole, I think the fast was a success for me:


So four months later, why have I rejoined Facebook?

Well, the main reason I guess is connecting with people who I wouldn't meet regularly in my daily life. I have close friends in different countries, and the downfall of my fast was that I lost contact with some people who I was very close to. Of course, with some, email and Skype filled the gap. But I was not able to be part of the community I had been- liking new baby photos, rejoicing in their good news, sympathizing with the bad.

But now I know my weakness- my tendency to get distracted really easily, and how much I am losing with my focus. So the only way I'm letting FB back into my life, is with safeguards. The biggest safeguard is not having wifi... yup, I'm moving out pretty soon, and my new home is most likely not going to have wifi.

I experienced that for three months last year (after about a year of constant wifi), and it was amazing. My housemate and I just added to an 'Internet list' of things we needed to get done, and once or twice a week found a place where we could use the wifi, catch up on emails, and download some blog posts and anything else we wanted to read later.

So, yes, I'm back on Facebook, but I am no longer going to allow it to control my life or attention span. There is too much more that I want to do with my life.

Here are some fun, thought-provoking, sort of related posts to giving up Facebook :

7 Suggestions for a Great Internet Fast

How an Internet Fast Can Change Your Life**

20 Things I learned in a week without my computer


*Another reason was that I also wanted to delete the years of information about myself accumulated on Facebook.
**National Catholic Register doesn't seem to be loading in India, but if you click on the 'cached copy', you can read the article.
Posted by Sue Zanna at 13:05

Email ThisBlogThis!Share to TwitterShare to FacebookShare to Pinterest
Labels: Attention