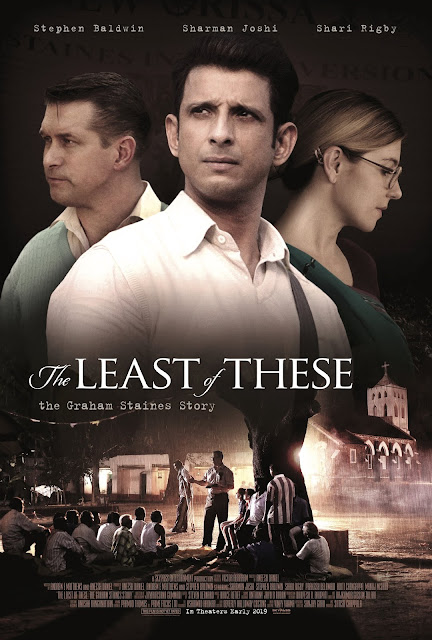 'The Least of These: The Graham Staines Story' is a 2019 American-made movie that came out in India a week ago. It was shot on location near Hyderabad, and portrays the life and murder of Graham Staines, an Australian missionary who worked with lepers in India, who was burned alive with his two sons just twenty years ago.
----1----

I'm usually very wary of any independent movies made by Christians because they are infamous for bad acting, bad storytelling, and being extremely unsubtle and preachy coughFireproofcough. I know many Christians don't care, and get something out of it anyway, but I'm embarrassed for anyone who isn't a Christian to see most of these kind of movies. Still, I went for this movie because it was based on a story that is still important to Indian Christians at least. The subject matter was real enough and relevant enough to my life to risk it being badly made.

To my surprise, it wasn't as painful as I thought it would be. I was able to follow the story without getting distracted by bad acting. I thought the cinematography was beautiful for a low budget (?) film, Sharman Joshi (playing the journalist whose perspective the story is about), Stephen Baldwin (playing Grahan Staines) and Shari Rigby (playing Gladys Staines) weren't bad. The journalist's wife and the Staines kids were a little stilted, but maybe that was just the fault of the dialogue, not their acting.

The plot and story telling could have been better IMO. Most Indian movies tend to over dramatize everything, so I wasn't shocked by the dramatic dum-dum-daaaaa moments. But I feel like they missed many ways to tell such a dramatic story better. The journalist's turning point wasn't clear, the montage of memories with the song 'Between Here and Heaven' was a missed emotional peak. It came out of nowhere when it could have been used beautifully to reinforce a dramatic moment or a big reveal or turning point. I also don't think it was clear why the name of the movie was 'The Least of These'. It didn't all connect together very well.

I was emotionally and mentally preparing myself for the shock, horror and grief of Graham and his young sons' brutal death. I was glad they cut away before their efforts to escape, charred bodies and painful screams. I don't think I could have handled that. But in their efforts to not overdo it, I think they didn't allow us to feel the horror and impact of what really happened. Gladys' reaction seemed very restrained, which is maybe how it was in real life, but again, the portrayal of a wife and mother who has lost her husband and two young sons to a horrific, violent death is what could have and should have brought it home to the most hardened of hearts. Still, our imaginations and empathy filled in the gaps. 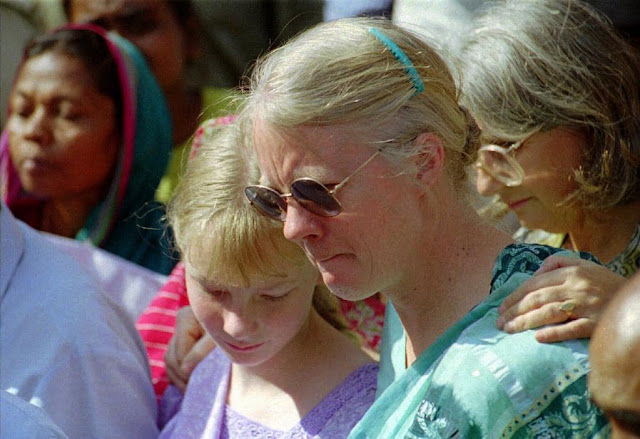 The real Gladys and her daughter at the funeral

I was impressed that the movie from the first moment jumped right into the most controversial of topics in India - conversions. That took guts considering the current situation and the backlash they could easily face. But they courageously made their point - 'The question is not whether conversions happened, but whether conversions happened illegally - by force, fraud or inducement.' The journalist asks Staines in the movie if he wanted people to convert. He told him about the ten lepers who were healed by Jesus, that only one came back, but Jesus healed all of them anyway. He was honest - he hoped they would accept Jesus. But it was obvious that there were no conditions to his service of the lepers he worked with. In real life, Staines was cleared of all wrongdoing after accusations of forced conversions were made against him.

It was very interesting that the movie did not mention any of the political connections to the murder of Staines. But it was an easy Google search to learn the facts of what happened. I was shocked when I read the Supreme Court comments on the case, which basically seemed to imply that Staines brought it on himself by being involved in (voluntary) conversions. It was expunged from the records a few days later after public outcry, but it serves to show us what some people in places of authority really think about this matter. It should have been a simple and obvious matter that murder (especially of children) should be condemned without qualifications. But innocence and doing good sometimes rouse even more anger and contempt. 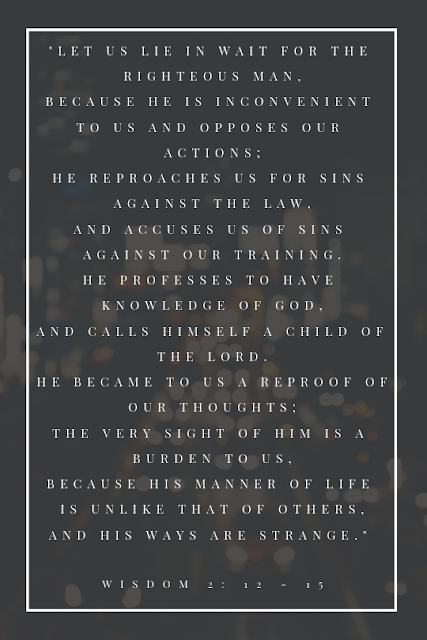 It seems as if the fact that Staines served lepers in India for over thirty years didn't stop people from doubting his motives and his goodwill. Of course the people whom he actually worked with didn't have to be convinced. Like with Mother Teresa, it seems as if people can close their eyes to the truth if they want to. If I heard about Hindu missionaries serving the poor and suffering, and people choosing to become Hindu because of the love they experienced, I would think they were a little misguided, but still praiseworthy and not worth criticizing. Genuine love and service is always praiseworthy. Christians who talk but don't live the Matthew 25 way of life can legitimately be criticized.

The craziest and most beautiful part of this whole story is Gladys Staines, who chose to 'overcome evil with good', by publicly forgiving the murderers, and remaining to serve the lepers in India with her daughter Esther for several years. She won the Padma Shri (the fourth highest civilian award in India) in 2005 for her work. The movie mentions her forgiveness at the end, but I think that easily could have been the theme of the whole movie.

So, bottom line - I recommend the movie, and think everyone should watch it, because unlike most other Christian* movies in recent years, it focuses on facts, not rhetoric, and the facts and the actual story are enough to make at least those who are open-minded think about the state of our country and what they want to stand for.

One of the side-effects of the movie was that my friends and I walked out of the theater with a re-ignited desire to serve 'the least of these' - the ones who are marginalized, alone, rejected, ignored. The work isn't over, the need continues, and it's all around us. 'Let my heart be broken by the things that break the heart of God.' 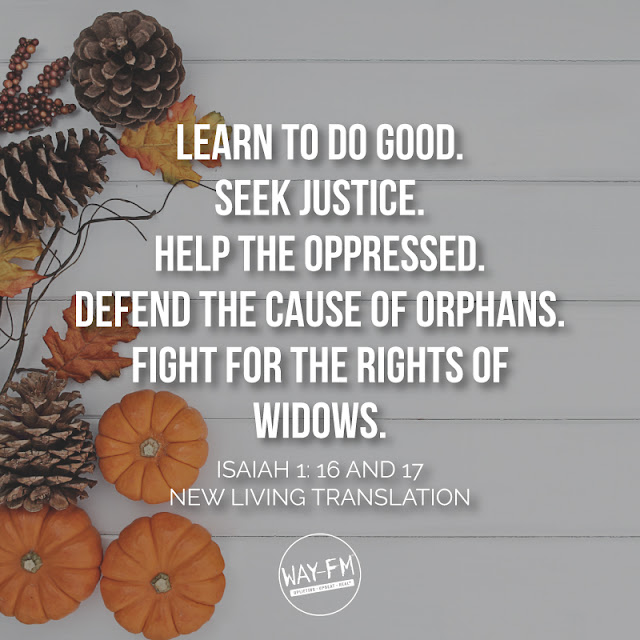 *I know it wasn't SUPPOSED to be a 'Christian' movie, but it was pretty obvious that it was.

Should Conversions Be Illegal?

The Two Big Missing Pieces of Our Catholic Faith