How I Know I'm Growing Old

So remember that time when I said: "I know there are times when I'm going to be depressed and melancholic, struggle with self-doubt and probably old age at some point.. achy bones and gray hair (that still seems a long way off though)."

(that still seems a long way off though).

(that still seems a long way off though).

Fast forward to two days later, and one of my team mates is doing my hair for a party.

"Are you implying what I think you're implying? Do you see...?"

Another team mate chips in, "Yeah! Of course you do! I always thought it made you look so distinguished."

Now the question is-

Pluck them out one by one as they appear until I'm bald?
Or dye my hair bright pink?
Or flaunt my gray hair as a sign of my maturity and wisdom? 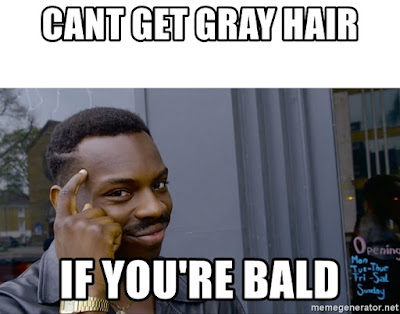 I saw a kid throwing an empty chip packet on the street, and I stopped him and told him, "You're making India dirty! Don't throw trash on the ground." So he picked it up, got on to his bicycle, and clutching it to his handlebar (he didn't have anywhere else to put it) rode off, casting a worried glance at me.  Old age... or busybody?

I have unashamedly worn socks with slippers when the weather was cold enough.

Just asked my (young) roommates how they know I'm old.

"Sometimes when I act silly, you give me looks."

"You aren't peer pressured into dancing in sarees in front of video cameras at weddings."

"Your mannerisms... your wise comments about everything." Email ThisBlogThis!Share to TwitterShare to FacebookShare to Pinterest
Labels: My Life

Thoughts of an Introvert at a Party 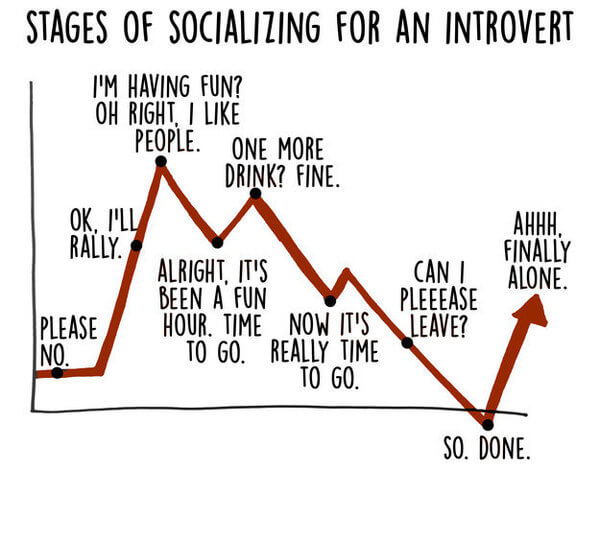 I got invited to the birthday party of a friend of a friend, and inspired by the enthusiasm of my roommates and the promise of jiving, I rashly said yes, even though in the past three weeks I have been living in a whirlwind of social occasions.


"Didn't I just read an article about introverts that said introverts can survive on two to three social occasions per week.. I've been in four social situations JUST TODAY!"

Trying to pep myself up:

"I can do this! There'll be dancing and it's fun to look cute!"

Moment of panic as I arrive and see a bunch of strangers walking into the house:

"What am I doing here? Why am I doing this to myself? Why am I voluntarily putting myself in a social situation with a bunch of people I don't know???"

As I walk in and see one of my oldest friends:

"PRAISE YOU, JESUS! I KNOW SOMEONE!"

Sitting awkwardly in a sub-room of the main party hall, staring into the distance. Small talk, making a small effort to introduce myself to people, then lapsing into silence again. "The underneath of that couch looks like a good place to hide. Whoops, introvert thought. At least I haven't located the bathroom."

Moved to main hall with disco lights and blaring music. After making small talk for a while, I find a plastic chair to be my Comfort Zone, clutch my Sprite and settle back into introspective silence.

"Ah. So this is why I usually hate parties."

"How come the other introverts I know don't seem to be bothered by this setting? It's like they've accepted that this is how life is. But it doesn't have to be!"

"How would I optimize this party? The lights would be brighter, but not too bright, so that you can sit in a corner without feeling like you look awkward. No disco lights, that's so overstimulating. The music would be softer so you could actually have conversations without yelling. There would be some kind of game that would make it easier to talk to people you don't know, without having to randomly go up and introduce yourself by yelling over the music. And there would be some way to encourage all the guys who are able to dance to go up and dance with the girls who are longing to get on the dance floor. We don't want commitment, WE JUST WANT TO DANCE!"

"Why is nobody dancing? What kind of boring old people are you?"

"Wow. Indians are really socially awkward. No one is initiating conversations with anyone. Except the people that they came with."

See my roommates dancing crazy in the corner:

"I could join them. On the other hand, my Plastic Chair of Comfort is getting more comfortable. Let's just stay here. I'm beginning to enjoy my Recluse persona."

Finally get asked to dance:

"Oh yeaahh! This makes it all worth it!"

Lose my dance partner, but at least a few other couples are dancing now.

"This wall looks like a great place to prop myself against while I wait for someone else to dance with. It's not socially acceptable for me to only dance or be silent at a party? Says what Party Police? I make my own rules! Rebel, that's me!"


Finally decide to create my own fun by teaching my girl friends how to jive:

My friends are making going away noises. It's past midnight, but I just got asked to dance again.

"I don't want to go home! I love dancing! Let's dance the night away!"

Finally respond to the fact that our ride really wants to leave. Photos, goodbyes, and a ride home. Back to normal life. No more parties for a while.

P.S. I'm not an extreme introvert, so real introverts don't hate me for being a faker. I can often be the life of the party, have lively conversations at parties, and enjoy being with people. Just not always.
Posted by Sue Zanna at 00:38 2 comments:

The Strange Effect Weddings Have on Me 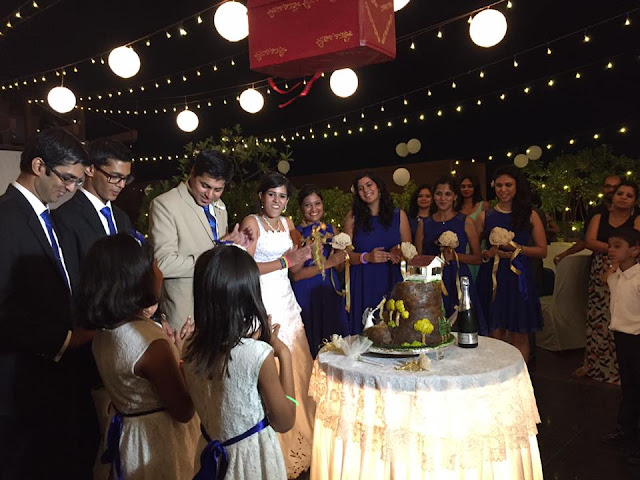 Since last July I have been in the Age of Weddings. One of my closest friends married my cousin, another friend married another cousin, and then another cousin got hitched, and an uncle and now a brother... You get the idea. I used to think weddings were super fascinating, with all their details- bridesmaids' dresses and choice of hymns, first dance, colour schemes, bridal entourage photo shoots, etc. Partly coloured by watching too many Hollywood rom-coms at a young age, no doubt (Runaway Bride, 27 Dresses, The Wedding Planner... for all the broken marriages, looks like Hollywood is still pretty obsessed with weddings).

And then I went from a vague idea of what weddings are like to reality- which apparently involves a LOT of organization... excel sheets, to do lists, schedules, meetings, choices, family discussions, hard work, creativity, meltdowns, compromises, communication, Whatsapp groups, practices, family time, and so on. Not all sweet dancing to romantic music as you can see. 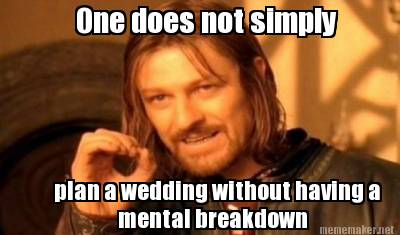 Still, I mostly thought that weddings were fun... until I got to the actual wedding. And then I began to notice a pattern. This is what I saw:

At weddings, I turn into a raging melancholic introvert (and avoid everyone).

Even my closest friends. I just get overwhelmed by all the people and social situations and expectations and loud music and my introspection volume turns up to loud and I'm thinking about my last romantic disappointment and feeling sad and dissatisfied and plus I want to dance but no one asked me, and I'm hungry but the starters missed me again, and life is nothing but disappointment and pain. 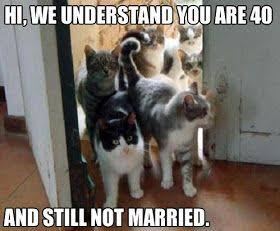 Speculating on my future

I develop a painful guilt complex.

I don't just sit in a corner and avoid everyone. I sit in a corner and feel horribly guilty, because look, there are so many great people that I know who I should be spending time with, and so many opportunities to network, to connect but I JUST CAN'T DO IT. Or maybe I'll talk to a couple people, be very distracted, and then go hide again. Most unsatisfying social interactions ever.


But I also turn pretty and get compliments/insults.

So as most people who know me IRL know, I don't often dress up. So at weddings when I put on a little make up, wear a pretty dress and get my hair done, people are ASTOUNDED and AMAZED. Almost too much, if you ask me... I'm hearing, 'I CAN'T BELIEVE YOU COULD ACTUALLY LOOK HALFWAY ATTRACTIVE OCCASIONALLY, SUE!' In fact, one auntie told me, "If you dressed like this more often, maybe yours would be the next wedding!" I'm sure it was well-meant, but aargh. And my eight year old niece's first words to me were "You don't look like Sue!" (And this after I put on the lightest level of makeup) A very small part of me remembered Meg from Little Women being dressed up for a party- 'They've turned you into a doll", but I reject the implication, and mostly just enjoy the feeling of being the pretty girl. 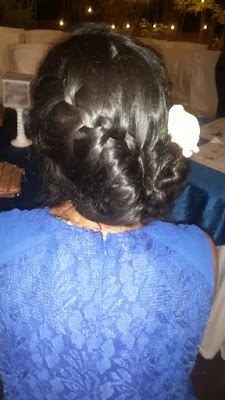 Wedding hair. I shed pins throughout the evening.

Post wedding I turn into an emotional drama queen

This is the effect of tiredness plus melancholy. I come back home from weddings wanting to obsess about everything with my sister, and then we talk too late, and I wake up after too few hours of sleep feeling sucked dry, and emotional. And then I'm mad at everyone, can prove logically that everything in my life is horrible, and burst into tears, and sob for really no good reason except that I'm single and tired. And life sucks. I basically turn into my eight year old niece when she's tired. 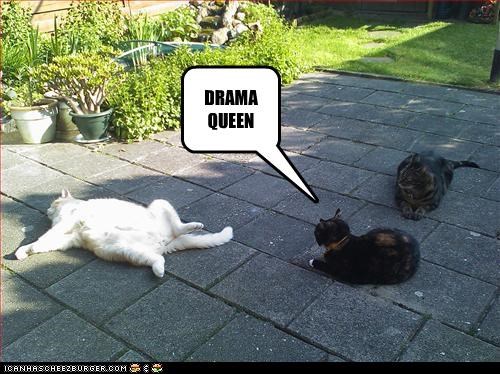 Thankfully, life returns to normal pretty soon after. The transition point is the BIG FAT NAP I take after the wedding, and the quiet personal prayer time. Nothing like prayer and sleep to get life back in perspective. (This time I broke my own introvert record by sleeping for the first hour and a half of the family party we organized the day after the wedding. I'm sure no one noticed.) So weddings... not all they're cracked up to be. However, I will say that the food, the jiving and the flash mobs make weddings mostly worth it. Oh, and the sacrament.