So a couple of days after Easter Sunday, I read this blog post by Simcha Fisher (one of my favourite bloggers): Show Your Weasel Spirit Who's Boss.

She had some great suggestions about how to keep the end of your Lent on track, and I was sorry I didn't read it before Lent was actually over. But the Lord took care of my Holy Week, and made it pretty awesome Himself.

Here are a few of the highlights of my Holy Week.

1. Stations of the Cross: My team led a Stations of the Cross at 7.30 am on Good Friday at our church. We used clips from the Passion of the Christ, and excerpts from Gabrielle Bossis' He and I. Just as we were about to begin, the videos stooped working. I began to freak out, because look, the church was packed, we had exactly one hour, and we had checked all the equipment minutes before. And then with a little grace from the Lord, and the reminder of a team member, I was able to let go, to know that God was there in the midst of it all. And as I worked the powerpoint, and prayed, I was able to enter into the intimacy of comforting my Saviour (wiping my tears between remembering to hit the keys at the right time).

After it was over, parishioners I had never spoken to came up and told us that it was the most powerful Stations they had ever attended. People were weeping, as they drew near to the Beloved. That whole morning I felt like I had never been closer to my Jesus, happier to fast for Him, and offer Him a little consolation.

2. Watching the Passion of the Christ: I hate watching violent movies. I have never been comfortable with Good Friday because I couldn't process the violence of the Passion. But in recent years Jesus has been teaching me not just to grit my teeth and face the violence, and but to watch with LOVE. Our guy team members invited a bunch of people over to their place to watch the Passion after the Good Friday service. The uplifted feelings of the morning had receded. After a three hour long service, totally tired and weak from fasting, we started the Passion.

And I was able to watch, not to look away. You know how? By looking at sweet Mother Mary. In the pain but tenderness of her tear-ravaged face, I was able to find a model of love. How could I leave Jesus alone? How comforting it must have been for Him to know that He was being loved. I joined her, and loved Him. 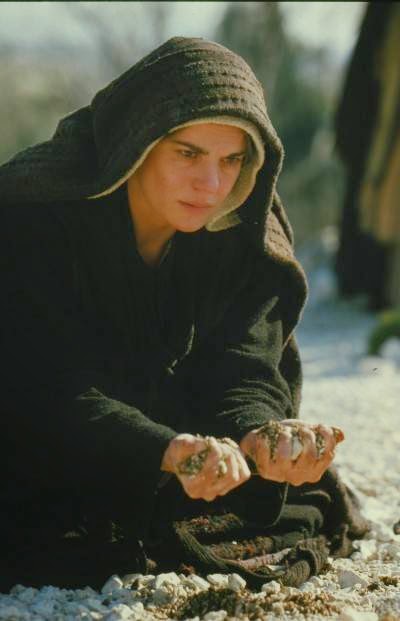 3. Holy Saturday Mercy Visit: I started off my Holy Saturday terribly. I overscheduled my day, and as a result struggled with anxiety most of the day. I didn't pray and didn't get enough sleep. And then I was asked to accompany a team member on a visit a family we knew in the slum who had just lost their 22 year old son in a freak road accident. Tired, anxious and hungry, I said yes. Because I knew that's where the Lord wanted me. We sat with them for two hours, in the midst of their great sorrow and trouble. We read the bible, we prayed, and we reminded them that Jesus COULD help them. I got to be Jesus AND meet Jesus that evening, as we entered into the reality of human suffering. I went home that evening, ate, prayed and got ready for the light to dawn at the Easter Vigil.

4. Easter Vigil: This to me is the most powerful liturgical service in the entire year. The darkness that we wait in, the light slowly proceeding towards the altar with the chant 'The light of Christ!' 'Thanks be to God!' and the sea of lit candles as the light of Christ is passed on. And then, the Exsultet!

Rejoice, let Mother Church also rejoice,
arrayed with the lightning of his glory,
let this holy building shake with joy,
filled with the mighty voices of the peoples.

O happy fault that earned for us so great,
so glorious a Redeemer!'

This is the night
when Christ broke the prison-bars of death
and rose victorious from the underworld.

5. Alleluia after an Alleluia-less Lent: One of my team members refused to say the A-word (or the H-word?) even in random hymns during the whole of Lent because she was so excited about the Alleluia of Lent. We all waited with bated breath for the moment... The Alleluia before the Gospel was a bit of a let down. But then, but then... after Communion the choir broke into Handel's Hallelujah Chorus BEAUTIFULLY, voices soaring to heaven and joining with the angels. A little glimpse of heaven.

6. Easter Sunday family time: My Easter Sunday was spent with family. My parents opened their home to my team, to other friends who were family-less and of course all my siblings, brother in law, nieces, my brother's girlfriend were all present. It was a joyful and yummy lunch (even though I was so sleepy still). A full and open house seemed like an appropriate way to celebrate Easter. A game of Jenga, a nap, a chat over teatime chai, a visit to my grandparents' and a dinner with another hospitable family completed my Easter Sunday.

How blessed my life is!

Email ThisBlogThis!Share to TwitterShare to FacebookShare to Pinterest
Labels: Catholicness

You know my biggest phobia?

But I'm getting over it. You know what they say- 'Face your fears'. Well, life in India is so full of these situations, that you either get over it or emigrate to a more politically correct part of the world. I'm not going anywhere, so I've just been learning to accept the fact that conversations are not always going to be as smooth as I would like, and that it doesn't mean I have to lose my cool, be discomposed (insert dead body pun here), or uncomfortable at all.

In fact, I've gotten so good at them, that I often get picked to have necessary awkward conversations with people.

Sometimes the situation itself isn't awkward. But the comments and questions are just... special.

So in recent months one of the most wonderful conversations I've been having with EVERYONE is about how much weight I've lost. I meet people I hardly know and the first thing they say to me is 'Sue, you've pulled down!' (which in India means lost weight,or look haggard, probably both).

It's not just that they say it once. They say it every time we meet. They ALL say it, from people I work with, to aunties who have known me forever, to awkward guys who I hardly know. The phrase 'personal comments' is unknown.

"You're taking too much tension!"

"Why are you so thin? Aren't you eating?"

"What happened?" (ominous head shaking) "You have definitely lost."

It gets to the point that all I think people can see is my emaciated frame. But other people get it worse. We were in a group talking about how sometimes in the summer we don't feel like eating as much. My friend BA said, "I eat more when it's hot. I wish I ate less, then I would lose weight." (Wait, she brought it up first <--- pun alert, in case you missed it :-D) And then the person we were talking to said, "No, no, none of you need to lose weight" he paused, "except for you, R" We all looked at him, shocked. R is the healthiest member of our team, but she isn't stick thin... so she gets this. "You have a tendency," he said."You'll have to be careful."

So, yeah, weight. Favourite topic of all Indians.

And that is of course, marriage.

Did I mention that I'm 28 and single? And Indian? Yeah, I thought so.

So my older sister texted me a few days ago. 'I just read an article about people asking personal questions like why you're not married. They said a good response is to ask them 'Why do you ask?' I thought you would find that helpful.'

In the next few days, I had not one but about three conversations with different people asking me about my marital status.

"Are you getting married?"

"Do you like Indians or Americans? Which is better?" (This, in the presence of a very embarrassed male American team member.)

"What do your parents think?"

"When are you getting married?"

And that oldie but goodie...

I also go some great advice about marriage: "Don't make ANY conditions. Don't be so picky."

Because the important thing is to be married. Because the worst fate for a woman in India is to be single and 28. The horror.
Posted by Sue Zanna at 22:18 2 comments: