Don't Be Afraid of Strong Women: A Reflection on Wonder Woman 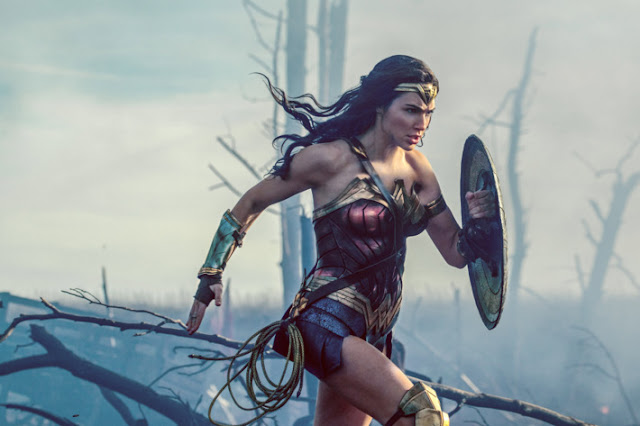 I watched Wonder Woman for the second time a couple of weeks ago, and I had the same thought as I did the first time I watched it – ‘I need to blog about this character.’ Also, ‘I wish I were as cool as Gal Gadot.’ First of all, my usual disclaimer, I’m not an expert on superhero movies, and don’t typically know the entire back story and character arc of every superhero. Still, I love these movies. And I loved Wonder Woman for so many reasons.

The whole initial part about the island Princess Diana grew up on was so aesthetically pleasing, strength and beauty and grace and courage effortlessly interwoven in these Amazons. I loved Gal Gadot as the choice of actress to play Wonder Woman. Man, she’s gorgeous, but also not at all the typical face you see in Hollywood movies.

But mostly I loved her character. Here was a woman who was the protagonist of her own story, not just a sidekick or a love interest or a prop for the male character. I think many women need to learn that their story is important, that they are worthy and valuable and that God has a plan for their life specifically. They are not just valuable in relation to other people, they don’t gain value by becoming a girlfriend or a wife, neither do they lose value if a man leaves them or rejects them or chooses someone else over them. Women, you are valuable and your life is important! Your story matters.

Princess Diana was a strong woman. Physically, yes... and it kind of makes me want to get fit and stop leading such a sedentary life. But she also had strength of conviction, and wasn’t embarrassed or hesitant to speak up for the truth. My favourite scene is when she overhears the British leaders talking about peace at any cost, without being willing to protect their soldiers, and she just can’t be silent.

Steve: Diana, I know this confusing... '

Diana: It is not confusing! It's unthinkable!

Some general: Who is this woman?

Diana: I'm not.. I am not with you! You would knowingly sacrifice all those lives....as if they mean less than yours.

Steve: Diana, let's talk about it outside.

Diana: As if they mean nothing? Where I come from, generals don't hide in their offices like cowards. They fight alongside their soldiers.They die with them on the battlefield!

Diana: You should be ashamed.

She just goes in there and calls them out. Man! She reminds me of Saint Catherine and Saint Teresa of Avila and even Saint Teresa of Kolkata boldly and confidently calling out the powers that be. They weren’t arrogant or brash or full of themselves, but full of the Holy Spirit moving them to speak, whether or not it would be received well.

Women, don’t be afraid to use your voice – not in anger, or bitterness, or accusation, or harshness, or nagging. But with conviction and holiness and truth, speak up for those who have no voice, speak up for the things that are counter-cultural but TRUE. You have something to say! Ask God to purify your motives, then SPEAK UP. Sometimes people feel threatened by strong women, but this an opportunity to change that. 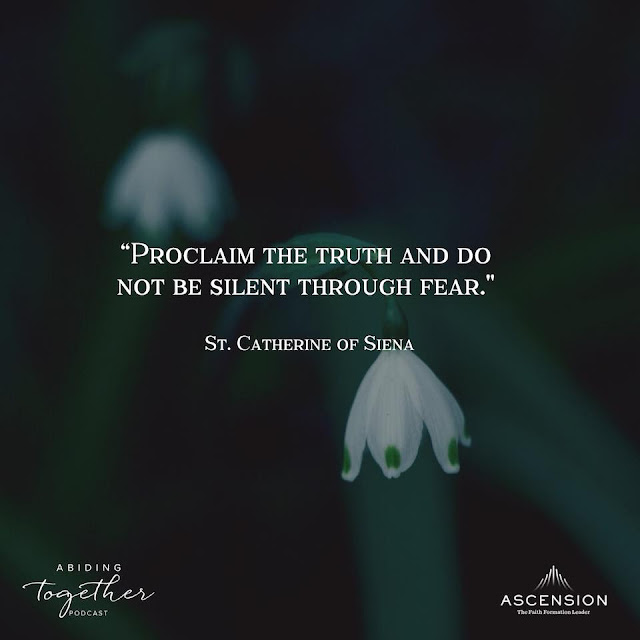 What I loved about Diana's strength was that it was purified by her innocence and her softness. It was not a self-serving strength. It was not manipulative or sly or controlling. It was at the service of the good. Like Captain America, here is a superhero who is not focussed on his or her own issues or dealing with personal demons. Instead for both of them, they believed in the good and just wanted to do what was right! How much like the lives of the saints we know about. Of course, we ARE human and do have personal demons, and yet in Christ, hearts and motives can be purified, our perspective changes to see the world as God sees it, and our heart longs to join in His saving work. It’s not just being idealistic, but believing that the world CAN be better.

Diana: It is our sacred duty to defend the world. And I wish to go…

Steve: My father told me once he said... ‘If you see something wrong happening in the world, you can either do nothing, or you can do something.’ And I already tried nothing.

Diana (as her mother tries to stop her): I am going, mother. I cannot stand by while innocent lives are lost. If no one else will defend the world from Ares, then I must. I have to go.

Diana’s strength did not detract from her softness and tenderness at all. I LOVE the tiny scene where she arrives in London for the first time, and is looking at everything with surprise and some amount of disgust (grimy London was ugly compared to her beautiful home island). But then she sees a woman with a stroller, and she runs toward her with excitement, “A BABY!” You could see how filled with compassion she was when she heard or saw different people’s sufferings. Her strength and idealism didn’t blind her to the person in front of her.

Disclaimers: There were certain parts of Diana’s story that didn’t really fit into her character, and I don’t think they rang true. Like the conversation she and Steve had on the boat about not needing men and marriage being an unfamiliar concept. With her idealism and value for the human person, it seems obvious she would have believed in lifelong marriage and sex only in that context. Come on, Hollywood.

Abiding Together Podcast about Saint Catherine of Siena

Description: Today we begin our 5 part series on the women Doctors of the Church by first exploring the life of St. Catherine of Siena. St. Catherine was a preacher, influencer, writer, miracle worker, and mystic. In this episode, we chat about Catherine’s example of intimacy with God, her fiery heart and voice of conviction, how her hidden life fueled her passion for the Church and restoration, and how we can follow her example in specific ways.

Abiding Together Podcast about Saint Hildegard of Bingen

Description: Today’s episode we dive into the life of St. Hildegard of Bingen, part 2 of our series on the women doctors of the Church. We talk about how amazing this woman was, her many talents and how she used the power of her voice and influence to help restore the Church. We also discuss places that we have lost our voice, the trap of self doubt, and letting God be strong in our weakness.

Abiding Together Podcast about Saint Teresa of Avila

Description: Today’s episode is Part 3 of our series on the women doctors of the Church, on the life of St. Teresa of Avila. We talk about the great gift of her spiritual writings, her humor, her practical wisdom and her reforming spirit. We talk about growing in self awareness and how we can move through spiritual pitfalls.
Posted by Sue Zanna at 15:56 No comments:

Six Good Reasons to Consider Becoming a Patron in 2018

Most of you know I started a Patreon page last year. Patreon is a membership platform that makes it easy for artists and creators to get paid. The idea is that creators of all kinds - artists, writers, musicians, bloggers, podcasters, etc - are often churning out content, but don't always find ways to make it pay. That's where Patrons comes in! Patrons are people who love what the artist creates, and are willing to donate a small amount every month to support the creator of their choice.

So why should you consider becoming a Patron?

1. Get the weekly behind-the-scenes audios and videos: Only for my community of Patrons ... usually everyone gets to to view all the content I create but I realized Patrons might need a little extra thank you for their support. So I'm going to record some of the not-too-polished but funny or ridiculous or thought-provoking or awkward moments from the week, and share them with you guys! Enjoy the awkwardness!

2. Read the first ebook I've ever created: How hard can that be to create, right? There's a lot of great posts from the past I wanted to unearth, and bring to you, without you having to dig through the archives. Not only that, I found some stuff I wrote that I had never published (including a short romantic story, thank you for the inspiration, Women's Weekly from the 70s!), and some stuff from my blogs before 2013, so all that is going to make it to the ebook, once again ONLY for Patrons.

3. It's a tiny amount of money: What's a dollar a month.. or a hundred rupees per month? The cost of a chocolate bar, or a couple of bags of chips? You can afford that! (If you can't and you really want the ebook, email me and let me know! I'll send it to you!) Patreon works when a large number of people are willing to put a little money towards a creator.

4. You're bringing GOOD art to the world: There is so much of crappy stuff out there, all razzmattazz (what a GREAT word!) and no substance.

5. Christmas Cards in Your Post Box: Doesn't everyone secretly hope they will get some snail mail and homemade Christmas cards? Or is it just me? Oh well, for my $5 or Rs 300 and above Patrons, I will make and mail personalized Christmas cards. Yes indeed, Christmas is coming! Woo hoo!

6. And of course the MAIN reason you should become a Patron.. and this one is simply irresistible, darlings....

Any more questions? No, I didn't think so.

Shoot me an email at solosenilejive@gmail.com if you're in India, or look up my Patreon page if you are outside India to become a Patron. Rewards start going out on November 14, 2018, so make sure you sign up before that!

P.S. In case you missed it, here is last year's post and video: Five Good Reasons to Consider Becoming a Patron
Posted by Sue Zanna at 14:49 No comments: