... that people who consider themselves faithful Catholics can be seriously nuts?

Okay, maybe you do already, and you have my sympathy. I was so happy to find thoughtful, funny, balanced orthodox Catholics (orthodox as in faithful to the Magisterium) in the Catholic blogging world (especially Simcha Fisher, Jennifer Fulwiler, etc), that I didn't even realize that there could be another way to approach 'traditional Catholicism'. Then a friend posted an article on Facebook about an Indian Cardinal commenting on the many rapes in India showing the spiritual and moral decline in India, and some person wrote a rambling comment about how back in his day, young people would drop to their knees in the gravel for a priest's blessing, and nowadays girls at Mass are shamelessly holding their cell phone in one hand and their boyfriend's hand in the other, and why are the priests not coming out and slapping their faces and forcing some respect?

I also read the comments on Jimmy Akin's article 'What should we make of Pope Francis bowing when greeting people?', and all I can say is "You people are nuts." There were allegations that Pope Benedict was forced out of office, that Pope Francis' election was invalid, that his secret agenda is the pushing of the 'gay lobby', that spontaneity is a sin, that the Pope should not act humble because HE IS THE POPE, that the Catholic Church is going to the dogs, and much more!

What do I take from this?

Moral of the story: Stay away from Catholic comboxes! And when you're reacting to anything possibly controversial, KEEP CALM AND BE CHARITABLE!

...that a good way to spend an hour or two is on visiting the 'Humans of New York' FB page or website?

Really. It's fascinating to get a glimpse into people's lives and stories. With those beautiful pictures and extracts of conversations that make you think, or laugh, or cry, and mostly empathize, it's totally worth doing. 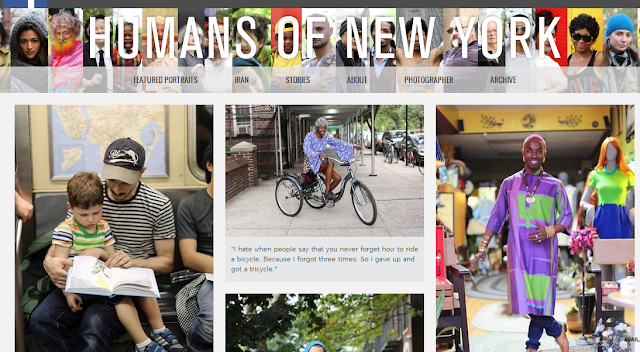 Moral of the story (?): Everyone has a story, and is worth knowing and loving, even if you can't believe the same things they do. Even if they don't live in New York.

... that Steve Gershom is Simcha Fisher's brother in real life, and his real name is Joseph Prever?

Well, if you read Catholic blogs at all, it would be very strange if you didn't. And if you don't read Catholic blogs, you're probably like 'Steve who? Simcha who?' It was pretty exciting to me and people like me though... I jumped up and excited told my room mate "Guess what??" and she assumed someone we knew was engaged or dating. It was almost as exciting though. I kept wanting to bring up the news in dinner conversations with my family, but restrained myself since they would be the one saying "Steve who? Simcha who?" I did get to share the news with my good friend and fellow blog-addict, T, over Skype, and was amply rewarded by her squeals of excitement and "No waay!'s.

Anyway, read his Letter to the World. Apart from all the food for thought his blog offers, I was excited to see how much his face looks like the his profile caricature.

And the moral of THAT is: Bloggers can be family too.

And that's all the brilliant blogging I can handle this week.
Posted by Sue Zanna at 22:01