How To Successfully Set Up Your Friends 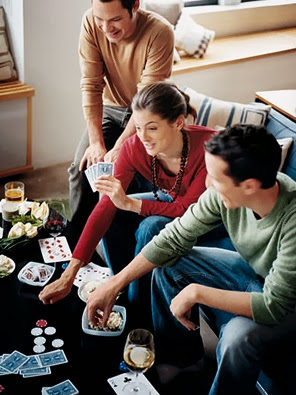 I once fancied myself a matchmaker. Unfortunately, my attempts ended very unsuccessfully, so take the 'successfully' part of my blog post title with a large tablespoon of salt. Still, I have theories, and opinions about everything, and set-ups are no exception. Plus to try to combat my 'lone wolf' personality, I even asked for the input of other single girls, especially since their experience in such matters was wider than mine. So here is the expert advice of some random single girls with a laptop and an Internet connection. Heed it well.

1. Subtlety subtlety subtlety. I'm serious. Just because setting up two friends sounds like a great idea in your head, doesn't mean you need to discuss everything in your head with both your friends. Also the following method would not go down well with people like me:

Acquaintance from church, cornering me: Do you want to get married?

Since she was female and married, I assumed it wasn't a marriage proposal. I did want to get married. But since she asked me point blank, my answer was a flat “No.” What I really meant was “Not like that, thank you very much.” Which brings me to my next point-

2. Don’t tell the girl. I am much more likely to be awkward and not myself with a guy if I know that both he and presumably you, and maybe others are all aware that a ‘set-up’ is taking place. Talk about extremely awkward social situations. And mystery- and romance-killers. If both the guy and the girl are aware that the other is looking for a marriage partner, and they have been selected as suitable for each other by a friend... well, why not just do the whole arranged marriage thing and suck out all potential for romance? It’s just a practical ‘arrangement’. I said I didn't have a problem with arranged marriages, but my prejudices are showing through. Okay, that may work for some, but not for me.

3. Tell the guy. Yeah, yeah, call me sexist, whatever. I think the guy is the one who should be pursuing, taking the initiative in the relationship. I think that men and women were designed differently, and men become the best version of themselves when they fight passivity and the fear of rejection, and actively seek out the woman. And I think women need to be romanced and pursued, that a woman who knows she’s worth fighting for, is the happiest, most at-peace woman. However much people blame that on socially imposed roles, in practice it seems to make for happier, more fulfilled men and women.

4. Arrange a casual meeting in a group setting. Movies don’t really work, because you don’t have much of a chance to get to know anyone while watching a movie. Plus there’s the whole awkwardness of trying to get the right people to sit next to each other, without breaking the subtlety rule. Not easy. A trek could work. (P.S. Friends who went on a trek with me last month, I promise I wasn't setting anyone up.) Or perhaps an outreach a group can do together. The focus isn't on each other then, but you can definitely learn a lot about a person by the way they tackle work, deal with uncomfortable situations, and love the weak. Ooh, game nights are a great way to get to know people and have fun, but preferably there shouldn't be TOO many people. Activities and group settings provide the necessary buffer, so it’s easier to be yourself. I feel sure it would work better than two strangers sitting face to face in a coffee shop and trying to get to know each other.

5. If the couple are from different cities, arrange a trip (with a suitably subtle reason) to the girl’s city. However much the Internet has helped us to meet and connect with new people or old friends, nothing can replace the authenticity of a face to face, physical meeting. Facebook and email can be a very tricky way to get to know someone, because even if they’re being honest, they are still only showing one facet of themselves, and obviously presenting their best side. It takes a special skill to be completely yourself online. (I strive for it on this blog.) Meeting physically can be a very accurate indicator of whether ANYTHING is possible, or not. I remember texting and chatting with a potential love interest for a while years ago, but as soon as we began to physically hang out, it became obvious to me that there was nothing there.

6. Make it easy for it to amicably not work out. Don’t make it a big fat deal until both the guy and the girl have actually met and been attracted to each other. Like someone reminded me, you only need to find ONE right guy. Which implies that there are plenty of nice guys, who aren't the right guy. You can meet them, like them, and decide that you would never want to pursue anything romantic with them... and that’s okay. If you follow Rule No. 1, it’ll be much easier for it to end easily, without unnecessary awkwardness. (Avoiding awkward social situation is my most absolute law.)

7. Give the guy the girl’s email address only after checking with the girl. If there is absolutely no way to casually and subtly introduce the couple in real life, because they live too far apart, but you still feel very sure that they would hit it off, shed the subtlety, and talk openly to both sides about the other. An introduction of some sort is essential. You notice I say email address, and not phone number. That’s because I cannot conceive of a worse form of torture for myself than to have to get to know someone by talking on the phone. It’s like physically blinding myself and going to an art museum. I’m sure there is much to know and appreciate, I just CAN’T do it without the necessary senses. Okay, that was a totally random analogy. (And for some people, it’s exactly the opposite- they would much prefer phone calls to emails or letters.)

8. Check the basics before even starting with the set up. Everybody has a list of non-negotiables. It’s not really a ‘Wait till you meet this person, and you’ll forget your list!’ Respect that they have some things that are important to them, and not even the nicest guy is going to change that. If your friend wants to marry a guy who loves Jesus and His Church (i.e. if your friend is me, or my sister, or my roommate, or most of my singles group girls), then hey, that’s it. No agnostics, so atheists, no Hindus, no Protestants... no matter how awesome. (No offence to you agnostics, atheists, Hindus or Protestants, we know there are plenty of awesome yous out there.) I know, I know, we've already been told we’re being too picky, setting the bar too high, not giving a chance to some perfectly nice guys. And I know that some mixed-faith marriages have worked. But my desire to walk in the same direction with the same priorities with a potential future spouse and father of my children is a bigger deal for me than the possibility of never getting married. Also, if you’re introducing people from different states or countries, you probably need to check that at least one of them is willing to move. Practical details, but important ones.

Alright, go forth and set up your friends! (If it’s successful, I take complete credit, and demand a wedding invitation!)
Posted by Sue Zanna at 12:15

Email ThisBlogThis!Share to TwitterShare to FacebookShare to Pinterest
Labels: Being Single, Romance & Relationships