God Chooses Uncomfortable but Effective Ways to Change Me

Change begins with me! That’s what they say, but you know, it’s really OTHER people who need to change. It’s because they’re so annoying. And most of the time, they don’t even know it! 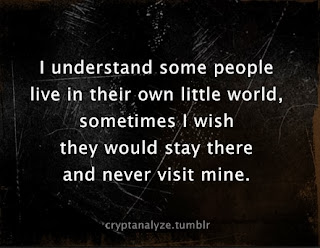 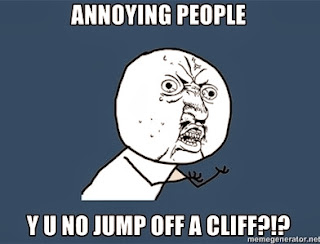 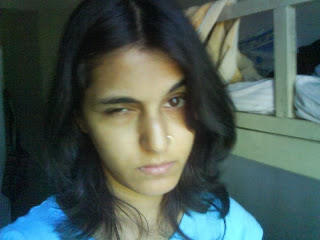 Right? You with me?

Actually, God knows what a self-centred, full of myself brat I am, so He tried to get me to change, using that most useful and blunt instrument (pun intended): my family.

“Sue,” my mother told me, “You need to talk less and listen more. Sometime you come across too strong.”

“What!” I replied, offended. “I can’t help it if I’m passionate about some things.”

“Yes, but you can overwhelm people with TOO MUCH. You have a lot going on in your head, but you need to give other people a chance to talk.”

“Hmmph!” I replied and stalked off.

My sister would throw me annoyed stares sometimes when I started off. Once she told me, “It feels like you’re always preaching at me.” I was really hurt. “I’m just thinking aloud. I thought I could share what I was thinking with you at least. So what if I’m always thinking about finer points of theology?”

Once we were talking about someone who talks too much, and who people feel like backing away from, and my mum told me, “Maybe that’s how people feel around you sometimes.”

Still, mostly my family was just insensitive and hurtful. It wasn't really my problem. Maybe I talked a lot, but at least I talked about things worth talking about. And anyway my personality type includes ‘iNtuition’ which means I live in my head a lot, so technically it’s not really my fault.

I once met someone to whom I wanted to say ALL THE SAME THINGS. She was insensitive. She was overpowering. She would dominate conversations. She would grab a conversation and turn it into a monologue or a diatribe. People really did want to run away from her. (And did, quite often.) There was no communication at all. It would just be her DRIVING home some point or the other. She was so caught up in her own thoughts, and trying to prove that she was right, that it was like she was almost unaware of anyone else around her, except as an audience. She would look for the smallest excuse for a controversy, and then JUMP in and take over the conversation. I was SO annoyed and frustrated and upset. I might have even said some direct and perhaps too pointed words of correction.

But guess what? It made me take a good look at myself... and promise I would NEVER do that to anyone ever again. I almost promised that I would never talk theology again, and stick with conversations about how the monsoons have been so unpredictable, how Gravity freaked everyone out including Sandra Bullock, and how much oil bais use when they cook. (I hear that’s what other people talk about.)

Actually, I didn't go that far. But I did decide that my mum had a point, and that I was going to (try anyway to) be a LOT more sensitive to other people in a conversation. You know, by taking a pause, and saying “What do YOU think?” every now and again, and then really listening to the answer.

Yeah, painful, but effective.
Posted by Sue Zanna at 22:38

Email ThisBlogThis!Share to TwitterShare to FacebookShare to Pinterest
Labels: God stuff, My Life