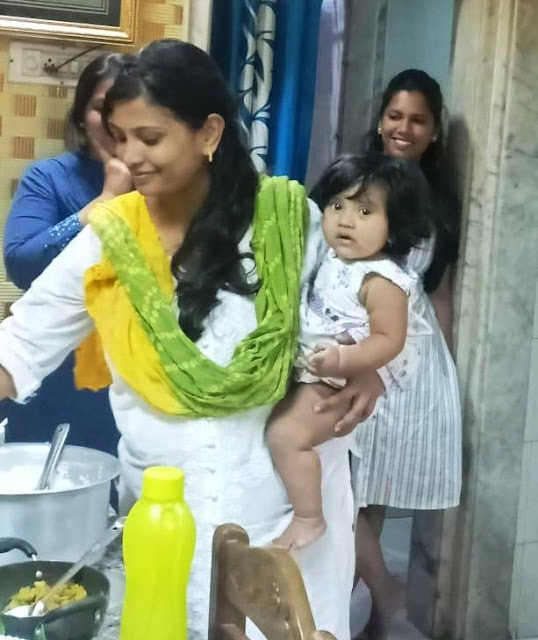 A generation or two ago in India, most mothers were stay-at-home-mothers (aka SAHMs). It was the exception for women to work in an office or workplace after being married. In fact, even today, many Indian women don’t have the option of work outside the home, and are expected to cut short their studies or not have any career goals or dreams because the only permissible role of a woman is that of a wife and mother.

But in many cities nowadays, the reverse is true. It is no longer socially acceptable in many circles for an educated woman to leave her full-time job and be at home with her children. It is seen as backward and a waste of potential, especially since a double income brings with it a sense of financial security in an expensive world. With grandparents usually offering free childcare in India, it seems logical to have both spouses working full-time outside the home.

In many households, women are expected to be up early to handle all the household chores, cooking and cleaning, before leaving for work, and then to return home and continue the routine. ‘A woman’s work is never done’ is never truer in such homes. In other homes, especially in the upper middle class, families are able to afford a maid, and spouses are learning to share the remaining chores and parenting responsibilities.

In the current climate, there are still some women who have chosen to leave their jobs and work part-time from home or focus fully on their home and young children. I have interviewed five young women to hear more about their motivation and stories.

Jeanne* worked as an interior designer at an architecture firm for over five years. She and her husband hope to have several children, and they did in fact have two daughters (2yo and 9mo) within their first three years of marriage. Jeanne realized pretty soon that she didn’t want to be away from her children when they were very young, so together with her husband, she made the decision to leave her job.

Few people seemed to understand her decision. “The world isn't very appreciative of stay-at-home mothers. I get support from family, my Christian community and close friends. From everyone else, there is a lack of understanding. “She's small now, you'll go back to work when she's older of course.” “You're wasting your talents.” “Don't you get bored sitting at home?” 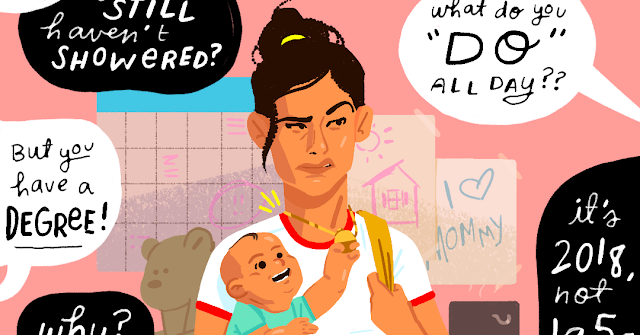 Anna*, mother of two (6yo and 1yo), worked as a Chartered Financial Analyst (CFA). After finishing her studies, her only dream was to work with the best finance companies in the world. She achieved her dream, and worked for eight years at a very demanding job with client calls starting late evening and going into the night. “I never thought that I would give it all up to care for my children. It took me some time to realize that I had my life figured out all wrong. It was the toughest decision I have ever taken. Some may assume I don't have motherly feelings, but after I had studied so hard, managed to get a good finance job and risen to a good position, it was really hard to let go.”

But Anna was not happy. She could see her son for only an hour on weekdays, her parents were getting burnt out, and she was conscious of the fact that he was her child, not theirs, to care for. Her son would sit outside the bathroom when she went to freshen up after returning from work. She had no time to take him down to play and no time to spend with her spouse. All these factors finally mattered much more than her professional achievements.

It was a personal decision that Anna and her husband made together, after careful considering their financial commitments. They felt that if they could sacrifice a few pleasures and manage to make ends meet, having more time for their home and kids made it worth it. Her decision was reinforced by her Christian faith and certain bible verses, as well as the encouragement of other mothers who shared their personal experiences of how their home was more organized and the kids were happier since they chose to be at home.

Everyone had an opinion about Anna’s decision. “Putting down my papers didn't come without its share of criticism. Right from my maid (she was afraid she would lose her job) to my managers, everyone had something to say. I got the most enticing offers. ‘Oh, why don't you take a two or three month break in service, or you can work from home for a few months?’ I didn't get these offers when I had to leave baby and join work full-time. I had people even asking me if I was mad to give up everything at this stage after achieving so much.” 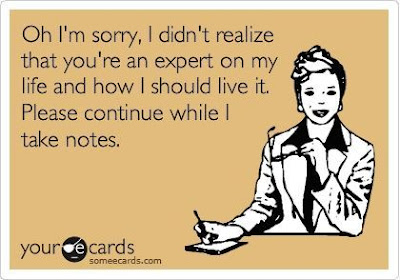 Venora, now mother of three (6yo, 4yo and 10mo), quit her full time job as a learning and development professional while expecting her first baby. “My mother was a SAHM and I think that played a pivotal role in my wanting to be at home to see all my child's firsts.”

She continues to freelance professionally and take up part-time projects when possible, keeping the kids' schedule in mind. “I decided to take up training projects when my second son was about six months old. I remember taking him with me to Dubai for a two week training once. The Lord provided for a baby sitter there and gave me the courage to leave him with a lovely aunty every morning. But it broke my heart because I could hear him cry till I got to the main road every day. His teary eyes would greet me on my return. Those two weeks were traumatic on a personal front yet fulfilling professionally. My husband and his parents cared for my older son at home, and we would video chat every day. But I didn't want to go through that very often.”

Venora and her husband were able to make the decision for her to be a SAHM because they have also chosen to live very minimalist lives. “Whenever we needed extra cash, either one of us landed an extra project or there's been some opportunity or another. God provides.” 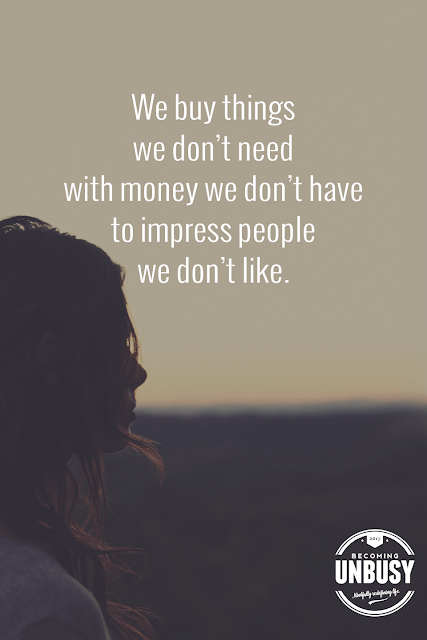 Initially as they prioritized family life, Venora and her husband had more critics than supporters, but by the time their third child came along, they had more admirers. They met people who told them they decided to have a second baby only because they had their third.

Adele, mother of two (6yo and 8yo), worked in the NGO sector. She left her full-time job even before she had kids, not because anyone asked or expected her to, but because she believed that was what God was calling her to do so. She chose not to return to full-time paid work in order to prioritise the spiritual and emotional needs of her family. “In my opinion, my family’s needs can't be met by delegating care-giving to a paid employee, however skilled or experienced they might be.”

Reactions varied from judgmental silence, to weird assumptions or questions, as well as the glorification of being a full time mother. Adele would just laugh them off and get on with living her life.

Kiersten (mother of a 5mo) is the only American I interviewed, and in many ways the situation seems very different for her. She received support and encouragement from her social circles to give up her freelance work as videographer/editor/public relations assistant after the birth of her baby. It made more sense financially for her to be at home as childcare in her part of the US is expensive. “My husband is my biggest champion and always lets me know that if I change my mind and want to go back to work, he is absolutely on board.”

The SAHM Series: Tips and Advice from Stay-At-Home-Mums (Part 3 of 3)