You all know how I feel about flash mobs, right? Or do you?

Here you go... I love 'em! I could waste hours on Youtube watching them. (But don't, I promise.) When I first heard of them back.in.the.day, my friends and I organized Pune's first ever flash mob in our junior college (well, that's what we like to believe anyway). Okay, it was not the most impressive thing ever, but we had so much fun! A bunch of us 17 year olds gathered in the main hanging out area of the college, silently set our bags down, pulled a handful of small change from our pockets, and silently and solemnly started counting money, while bemused college students looked on. 2 minutes later, we all walked away. Yeah, there was no real point.

One of my favourites.

A couple days ago, some of my friends organized a flash mob in a mall in my city. The cool thing about it (apart from the fact that it was a FLASH MOB!!) was that they did it along with a bunch of trash pickers, and social workers, and just friends, and were promoting a 'Clean India' message, which is our new prime minister's movement. They used buckets, djembes, lejhims, and basically seemed to have a great time creating some music (do you still call it music if it's just percussion?) 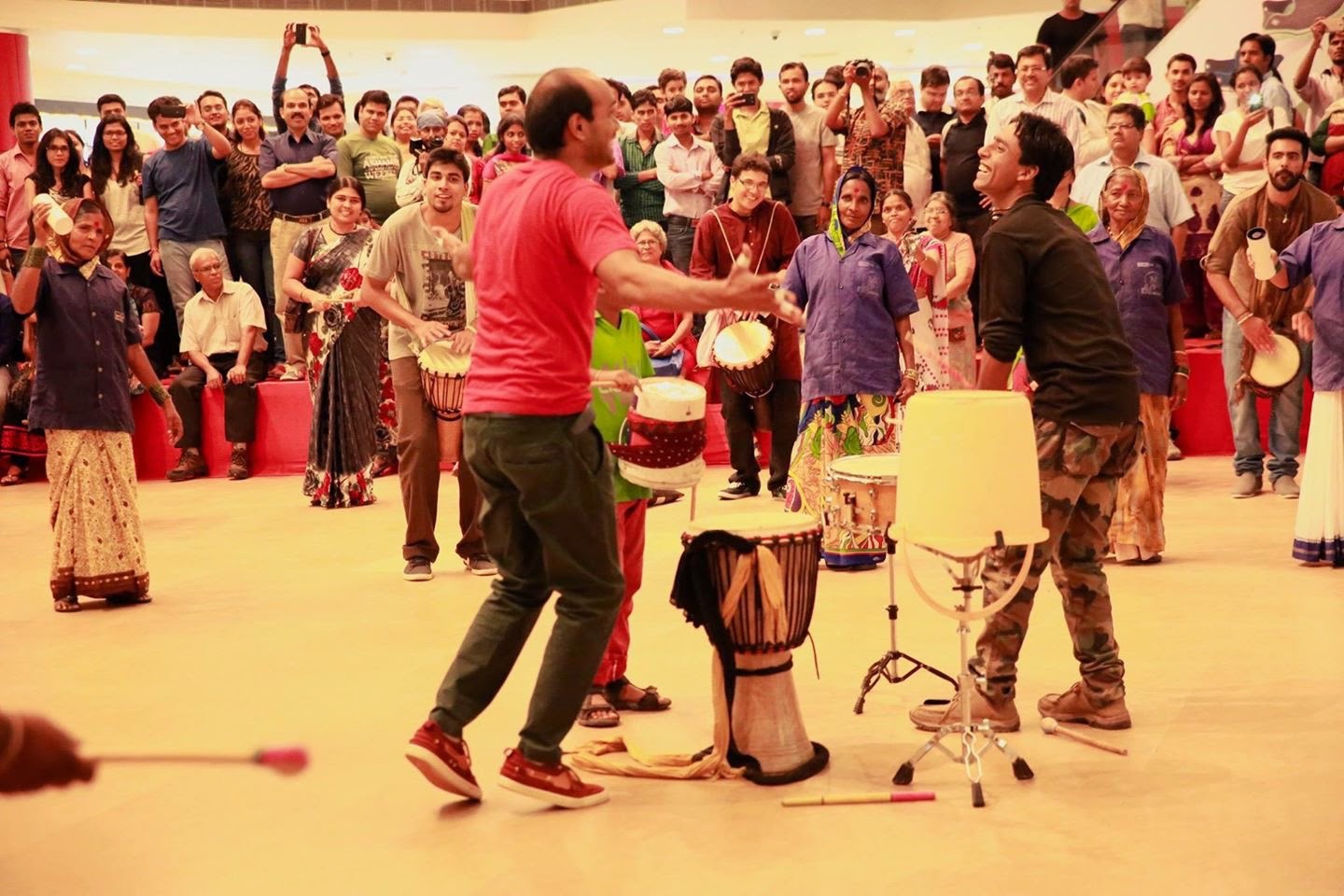 I've always been outraged by how mindlessly educated people in my city throw trash EVERYWHERE. How do they not get the connection between the fact that our streets are dirty, and the fact that they keep THROWING TRASH THERE? Stupidest response I've ever heard when I asked someone why they were throwing trash was "There are people who are supposed to clean it up. I'm just letting them do their job." Aaargghh. The trash pickers have the worst job, are looked down on, often considered 'dirty', and we only make it worse. For years I've been surprising people by saving trash in my bag when there's no dustbins around. Getting people conscious about their part keeping our city clean is something I'm kinda interested in. Hopefully this flash mob made them think for a moment about the people who clean up THEIR messes?

So yeah, here it is.

P.S. Although a percussion flash mob is a cool idea, I like singing better, and dance flash mobs are the best. Speaking of which, stay tuned for an exciting event in a few weeks ;-)
Posted by Sue Zanna at 00:28