What Not To Look For in an Indian Spouse 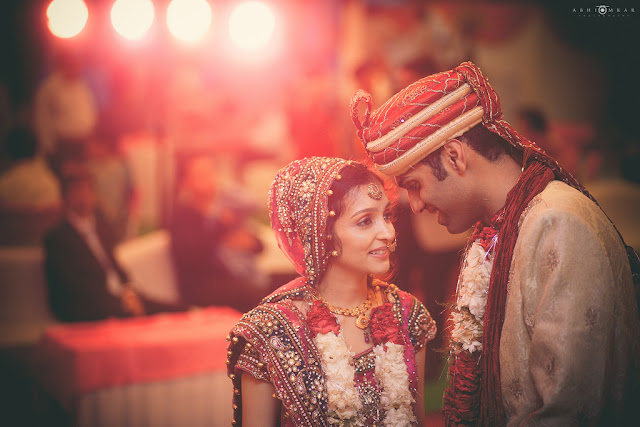 I recently achieved the heights of my ambition a few months ago when someone texted me to ask if I could ‘look for someone for his brother’. I don’t know what I did to deserve this honour. I was under the impression that you had to be a middle-aged auntie with an opinion about everything to have that kind of know-how. Then again I’m practically 32 and I definitely have an opinion about everything, so I suppose it makes sense. Not to mention, I’m kind of a church lady.

I wasn’t sure exactly how to go about this, but it seemed like a good idea to ask for some kind of description of the guy I was supposed to be finding a match for. The answer came back shortly, and I shouldn’t have been surprised, but it included the typical list that a lot of Indians look for in spouses. I wasn’t sure how to react, but then I realized… OF COURSE. I’ll write a blog post. :-D (I did ask the guy who had contacted me why he included those requirements, and it turned out his dad had just made the list based on how he had seen lists like that made.)

So, if you’re the kind of person ‘looking out’ for a spouse in India via the traditional methods (including matrimonial ads), here are some ideas for what not to demand:

1. Fair: You knew I was going to lead with this, didn’t you? Why, oh why, are we still obsessed with fairness of skin? Isn’t it obvious how shallow such a desire is? It’s time to let it go, from our hearts, our thoughts, our conversations and definitely our requirements in our spouses. I know, you’ve been influenced by your culture, by Hollywood and Bollywood, by your mother who talks about that girl at church, “Very fair, so beautiful” as if those two things are interchangeable. But you can re-programme your mind. Look for the beauty in dark skin, in all skin tones, in all faces. You may be ignoring so many wonderful people because they are a darker shade than you. And I hate to break it to you, but if you’re looking for an Indian spouse, um, most of us are *whisper* brown. Which is not white.

2. Tall: Seriously, again, why? Did I miss some study that shows that taller people make better spouses? The average Indian man is 5’4” and the average Indian woman is 5’. Who says tall is better than short? I realize that most guys would like a girl shorter than themselves, and most women would like to be swept off their feet by a taller and I suppose stronger husband. But even that doesn’t matter when it comes down to real people who fall in love.

3. Possessing prestigious degrees: While I agree that it would be good to find a spouse who hasn’t been frittering away his or her life on partying or playing Dota, I don’t think educational qualifications necessarily show you the worth of a life, whether they are industrious, intelligent or motivated. And don’t even get me started on the strange custom of making wedding toasts that list off the educational qualifications of bride and groom.

4. Earning a certain amount of money per year: Again, being able to hold down a stable job and provide for or contribute to the family, that’s good to know. Needing a certain level of wealth in order to have a happy marriage, not so much.

5. Very strict age requirements: I was chatting with some friends recently, and the conversation turned to marriage (as it often does when I’m around). “How much older or how much younger are you open to?” was the question someone asked. To my surprise, both the guys I was talking to had VERY specific ages in mind. “Not more than two years older or three years younger.””Are you serious? So if you met the woman of your dreams and she turns out to be four years younger than you, you’ll say, ‘Sorry, lady, you were born the wrong year’?” I asked. Both these guys have a strong faith and want godly marriages. Why do we make more rules than God makes? I used to think older girls and younger guys was kind of odd (conditioned of course by the world I live in), until I met some friends in my organization with several of the women older than their husbands, some as much as 8 years, but evenly matched in maturity, intelligence and goals. So when did age define that?

6. From the same community/caste/state: Indians are obsessed with this. I understand it might be partly because our cultures are so different, and it might be harder to adjust to someone else’s culture. But how can it be a non-negotiable? There have been so many happy cross-cultural weddings. I do understand far more the desire to find a spouse who shares your faith. But that is because your faith shapes your goals and future, it is not (or should not be) merely a cultural identity.

So what SHOULD you look for, especially when you do need to write something down, or ask someone to ‘look out for someone’ for you?

Why not throw out physical descriptions, and talk more about beliefs, priorities, goals, desires and dreams? And then, here’s a novel idea, why not actually MEET people, get to know them, and then decide, rather than relying on someone else to pick out the right product based on a marketing list you have created? Don’t be in a hurry, don’t let anyone rush you, get to know the unique person that God has created, and discern together if you are called to marriage. Each person is so different, and can’t be reduced to a list of qualities, or descriptors.

When you DO meet someone, look for the things that can’t be figured out via matrimonial column. Are they consistently kind? How do they spend their free time? Are they merely ‘religious’, or are they lovers of God and lovers of people? What are their friends like? How do they deal with stress, or when they don’t get their way? Do they sulk, blame or yell? Are they honest when it causes them inconvenience? What motivates them?

Too many marriages are weak or shaky or crumbling because perhaps they were not built on very firm foundations. Choose wisely this day what you prioritize, because you will most likely reap what you sow.

P.S. Please don’t ask me to “find someone” for you. I apparently have not gotten the hang of it yet.
Posted by Sue Zanna at 16:38