How To Know You're Failing at Humility

I love talking about humility. Because I know how hard it is. Some people think that because I talk about not being humble, I must secretly be humble. But people who are close to me know that's not the case. Self-knowledge doesn't eradicate the pride. 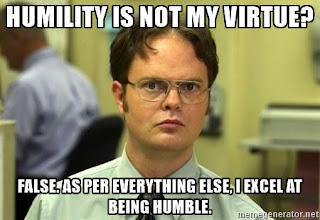 Still, I'm trying somewhat to work on it. Swallowing the indignation when I'm NOT asked to do something I know I'm good at. Accepting the little pinpricks of being misunderstood. Swallowing the words as the unbidden thought appears too often "I could do that better!"

I think I'm doing better. But then I come across some words of Mother Teresa, on Facebook of course. (That's where I do my spiritual reading.) 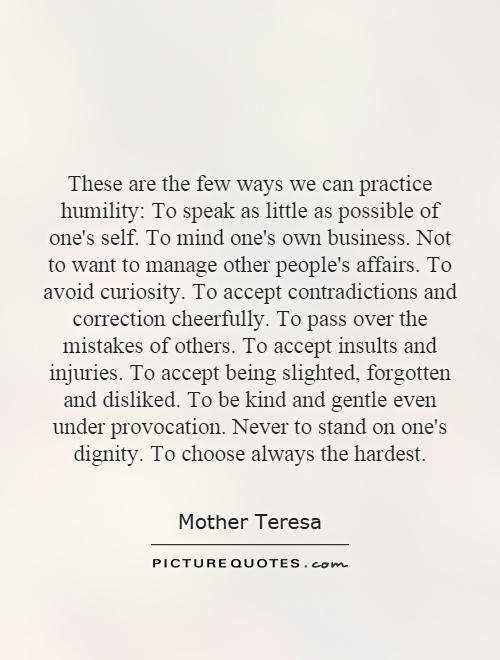 These are the few ways we can practice humility:

Yay, I love practical how to lists, bring it down from the vague and idealistic to the very practical. This should make it so much easier.

To speak as little as possible of one's self.

Oh. Hmm. So constantly telling MY stories of MY thoughts and MY feelings and MY experiences is not a good idea? But but but... I'm amusing! Conversations would be boring if I didn't! People WANT to hear them. Plus everything that happens to me is FASCINATING. So what I occasionally have to fight to get my story in? Everyone will see that it's worth it once they hear it.

To mind one's own business.

Not to want to manage other people's affairs.

Well, yeah. everyone should mind one's own business. (Childhood rhyme that got used a lot: Mind your own business, and I'll mind mine. Kiss your own sweetheart, and I'll kiss mine.) But not WANT to manage other people's affairs? What about when it's OBVIOUS to me how to handle something someone is struggling with? I'm a fixer! What about positive influence?

(I am totally on the guy's side of this video)

To avoid curiosity.
Oh, oh. Now that. Come on, what's wrong with wanting to know who is secretly interested in whom, who was the one who initiated it and how, why so and so REALLY left the group, and so on and so forth. I especially want to know what it is people said about me. Just normal conversation, right?

To accept contradictions and correction cheerfully.
I came across a phrase in the book 'Strange Idols' by Elizabeth Scalia which hit home. It was 'the addictive need to be right'. I am always right, and I will prove it.

To pass over the mistakes of others.
The curse of the critical mind. Sometimes all I can see is the flaw, the mistake. And then of course, there is the addictive need to figure out WHOSE FAULT IT IS. And to say 'I told you so'.

To accept insults and injuries.
I've gotten in the habit of muttering 'RUDE!'when I feel like someone has treated me the wrong way. (This happens a lot on the road when other drivers cut lights, or endanger me in some way.) So saint-like. You can just imagine Mother Teresa walking down the streets of Kolkata mumbling 'Rude!'and shooting glares at passersby.

To accept being slighted, forgotten and disliked.
Ah. Who can accept that? At least when one is disliked, you can puff yourself up into a dramatic victim status. But forgotten? To accept that? To say 'Thank you God that they forgot to invite me to that party' and mean it? 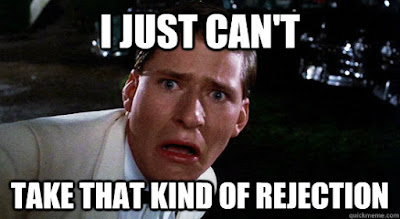 To be kind and gentle even under provocation.
It's so easy to pride myself on my gentleness and selflessness when I'm with other gentle and selfless people. It's easy to be humble when you're with other humble people. Everyone is vying to accept the blame, everyone wants to be the one to wash the dishes or do the dirty tasks. But what if people don't respond in the way you expect them to? What if your efforts are met with suspicion, or even hostility? Can you keep your peace then? Stop the blood from boiling at the injustice of it all?

Never to stand on one's dignity.
When my dignity has been offended, I know it. 'This is not the way' as we say in India. Nobody should be allowed to speak to me in that way. I should be respected! I will not stand for anyone to talk down to me.

To choose always the hardest.
The hardest what? The hardest response? To deny oneself, kill that immediate egotistical response that rises to the surface, to resist the devil within?

Okay, so failing a lot of the time. But it's not too late.

This is battle. And it's never really done. But knowing the enemy is a good first step. And as hard as they seem, these battle strategies are going to help.