The other day my sister said to me, "I can't think of a good reason to tell people they should have children. I mean, I think they should, but rationally, why?"

I thought about it. From a secular perspective, saying 'God said go forth and multiply' didn't sound very convincing. Besides again, why DID He?

Biologically, to carry on the human race, but hey, there are plenty of people who exist already, so doesn't look like the human race is going to die out any time soon. Carrying on the family name? Maybe that's important to some people... like European royalty, maybe? 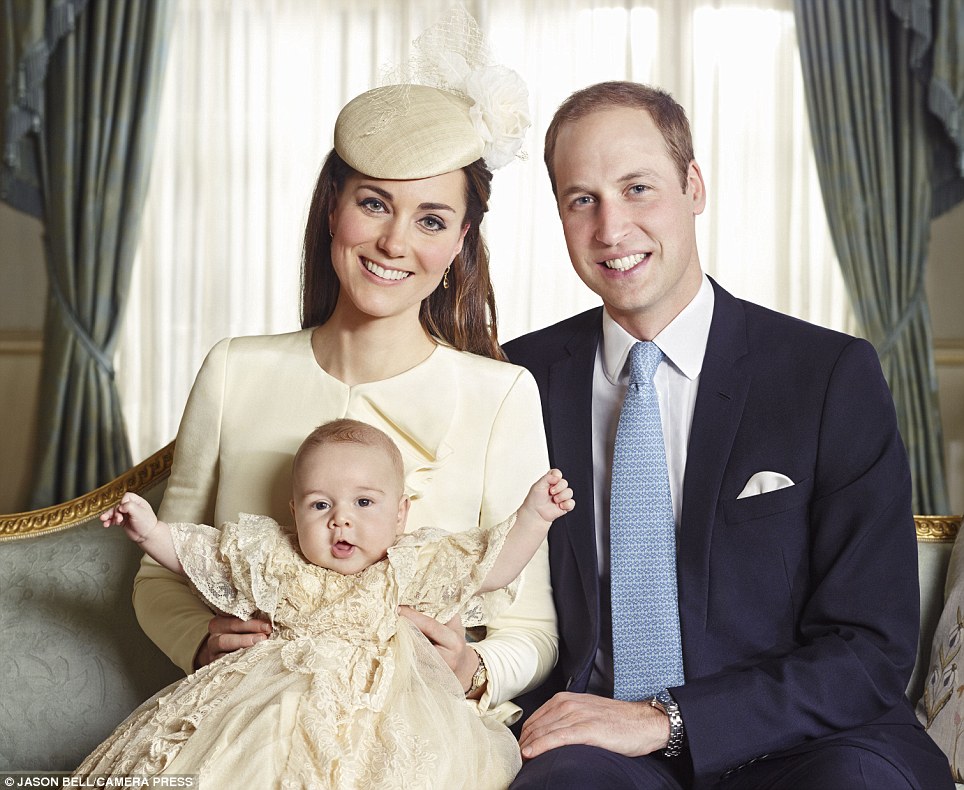 I guess the question is, why do anything?

For most people, it's pretty simple- you do whatever adds to your happiness (immediate or future), and avoids potential pain. With kids, well, there's cuddles and cuteness, but also exploding diapers and sleepless nights. There's a mini-version of you (yeah, we're all narcissists), but then that mini-you will probably grow up and refuse to live up to your expectations and cause you all kinds of pain. Having a child means major lifestyle changes. If you have a pretty comfortable, satisfying life, then adding kids has too many potential risks of discomfort and pain.

So why have kids?

Well, if happiness meant pleasure and comfort, then I guess maybe I don't have a good answer.

Kids can help with that.

Somehow kids can change selfish lazy human beings into people whose focus moves from ME to someone else, a someone else who depends completely, totally on them.

Have you seen the difference between most bachelors, and daddies of young children? The video game playing, hours of TV watching, or even work-obsessed career men versus the baby-holding, diaper-changing, tired daddy who cleans up messes and looks for chances to give his wife a break? Which one do you look at say- "Yes! That is what a man is supposed to be!" 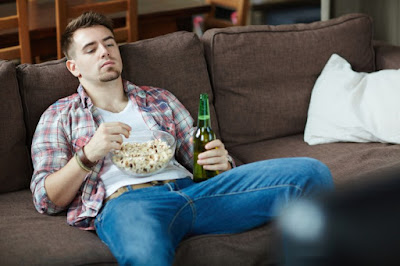 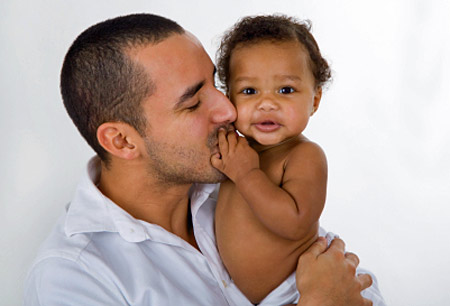 I'm not saying there aren't selfless bachelors or spinsters or childless couples. BUT most of us tend to selfishness, and sometimes half-heartedly desiring to be different doesn't work as well as being FORCED to be different.

Nor am I saying parenthood automatically changes people into saints. Having babies more likely reveals to them how far from sainthood they really are. Even good parents fail a lot, but they keep trying. But not all parents choose to rise to meet the challenge of love a baby offers. We always have a choice. 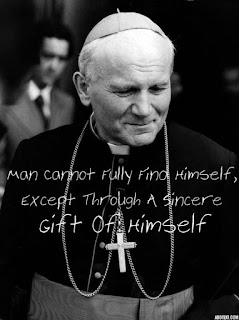 I believe like JP2, that "Man cannot fully find himself except through a sincere gift of self."

You can give yourself through serving the poor, looking for ways to serve your family, and your room mates, spending your Saturday afternoon doing art with kids in a slum, reading a book to an old person, picking up after someone else, choosing a career that helps people, saying yes when someone asks for help, even when it's a little inconvenient. So many ways.

But babies are one of the most effective ways God graciously provided to change lazy sinners into selfless saints. I've seen enough parents to know that it's possible.
Posted by Sue Zanna at 22:55